Music in the soul is happiness for all 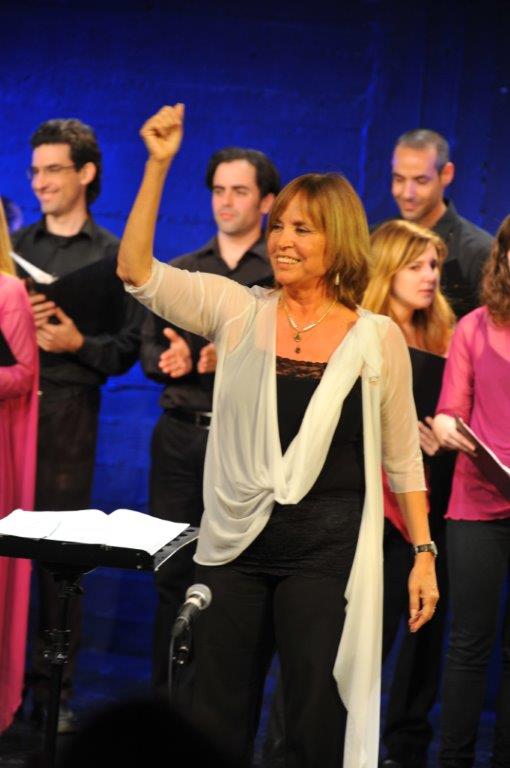 Mrs. Faran is the founder of the Moran Choirs and has been its conductor since 1986. She is a graduate of The Buchmann-Mehta School
of Music, Tel Aviv University.

Mrs. Faran is frequently invited to judge in prestigious competitions and was awarded Outstanding Conductor prize at the first International Choir Competition in Israel.

Her vision is expressed through successful results. Five generations of choirs ages 6-60 are educated with choral music; two of them have gained international recognition as professionals.

Her vision is also manifested in innovative projects that combine musical excellence with community involvement, believing in the power of music.

Each choir is involved in the community. The singing becomes a mean to create enjoyment and a feeling of equality among populations with special needs.

This special model was presented at conferences and symposiums around the world.

The Moran Youth Choir includes 45 young singers ages 12-18 and is based in Israel.

During its three decades of activity, the Moran Youth Choir has made enormous musical and educational achievements.

The choir is invited to perform at national ceremonies and to represent Israel in International special events such as the Peace Talks – Oslo 1994 and the Presidents Conference - Jerusalem 2008.

Cecilia Ensemble 8 Voices is a new ensemble from the Moran Choirs group, comprised of eight outstanding solo vocalists from Israel.

The Cecilia Ensemble, was founded by Naomi Faran to become the professional representative ensemble, performing original and unique musical programs, in collaboration with the best composers from Israel and around the globe.

One of Moran Choirs' main goals is to combine musical excellence with community outreach to help underprivileged populations.

Singing creates a close, independent connection between the singers. It breaks down barriers and allows friendships to flourish.